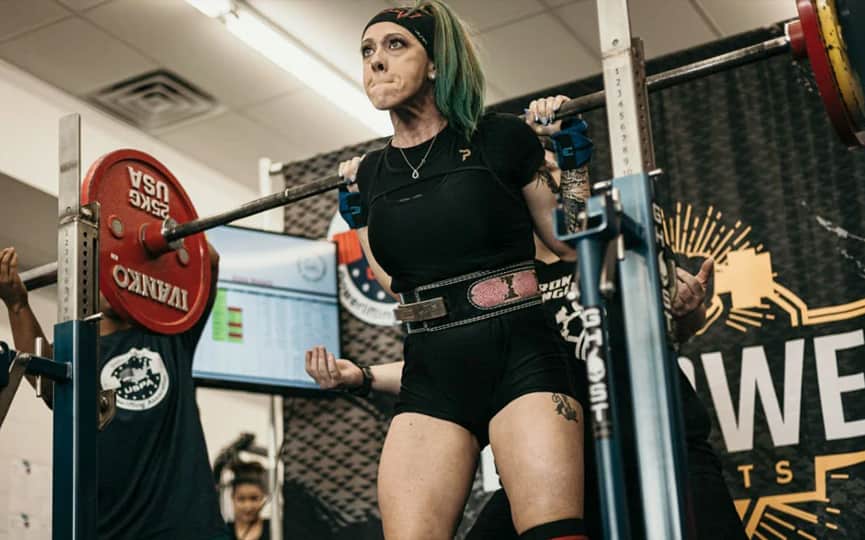 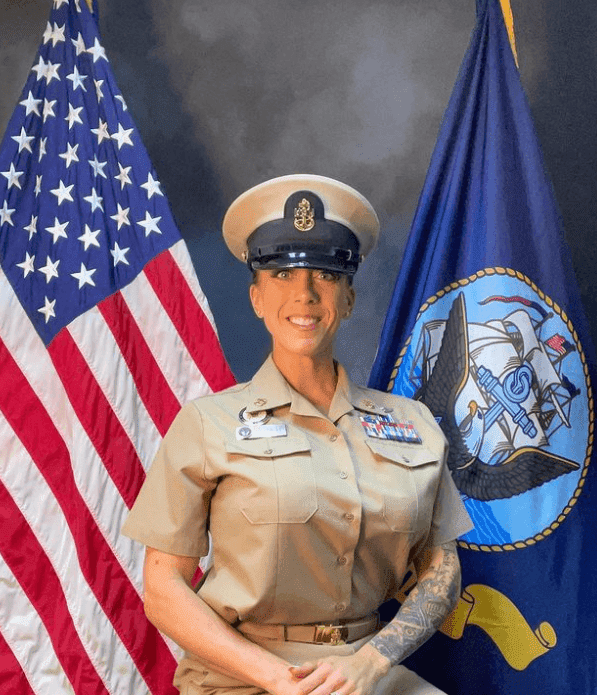 It’s 9 a.m. on a Monday morning, and for the first time in a long time, Tanya Corbett isn’t sure of what she will do with her time. That’s because after 24 years of service to the United States Navy, the chief petty officer and Navy counselor had recently been celebrated in a retirement ceremony.

“It’s weird not getting up and going to work,” she confessed. While that feeling may take getting used to, she said that the couple of weeks leading up to that ceremony had been overwhelming.

“The past couple of weeks has been extremely emotional,” Corbett said. “The closer I got, the anxiety kicks in, you’re like ‘oh my gosh, what am I going to do? Did I make the right move? Yes, I’m ready. No, I’m not ready. Yes, I gotta go.’”

Corbett described wearing the uniform for the last time that day as “bittersweet,” but it’s a uniform she’d worn proudly since 1998. The native of Granville, IL, became a servicemember because she said she didn’t have many options growing up in a small town.

“You either went to college or you went into the service,” Corbett stated. “When I graduated, college wasn’t my thing, school was not in my wheelhouse by any means.”

With college not being considered an option, that left the military as the choice for Corbett. “All my friends were doing it, and so I was like ‘alright, I’m going to go.’” 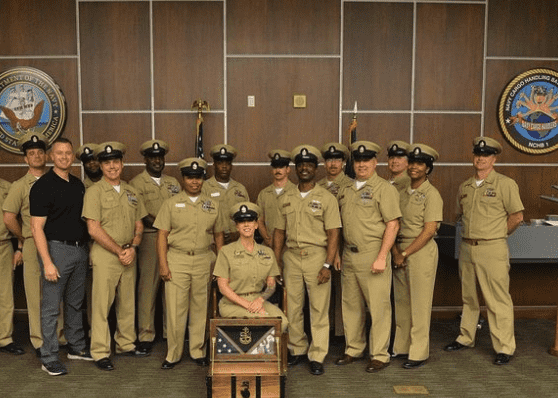 TANYA CORBETT IS A REAL ‘MAVERICK’

Tanya Corbett also confessed to being influenced by the iconic 1980s film Top Gun. When asked which character exemplifies her, she chose Goose, played by Anthony Edwards. Like many others that have committed to the military, Corbett is a second-generation servicemember. Her father was in the Air Force. She said that when she was signing up, her father was out of town. So, papers had to be faxed for him to sign.

“They were coming back twice as fast as they were going out,” she joked. However, the 24 years of service she ultimately served was almost cut short by a confessed mistake that she uses as a story to help others. After she went AWOL for short time, she served time in the brig and was almost dishonorably discharged. While describing herself as someone not to ask for help, she made an exception and walked to her chief’s office.

“I said, ‘Chief, I don’t want to get kicked out. I want to serve. I want to be here,’” she recalled. Fortunately for Corbett, she was given another chance. “The moral of the story is to not be afraid to ask for help. Don’t let one bad day ruin a career.” 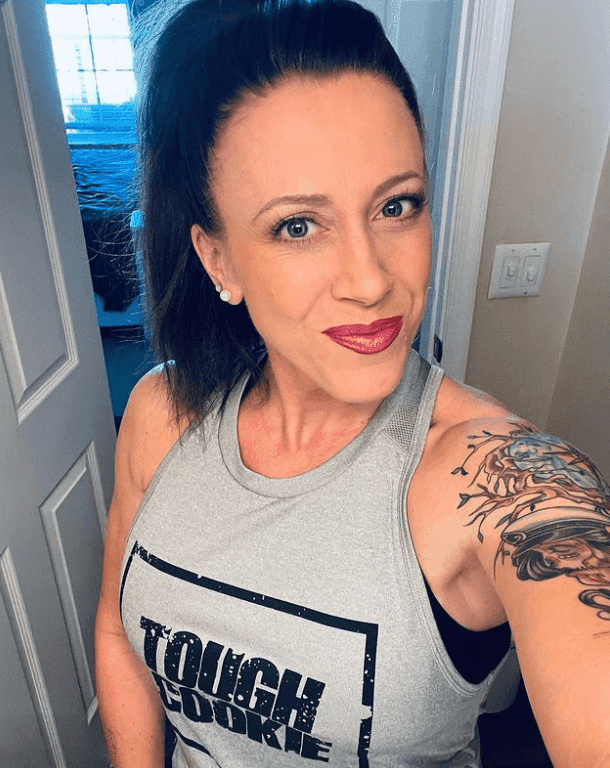 Tanya Corbett made the most out of her new opportunity and the results spoke for themselves. From 1998 to 2010, she served as an Aviation Boatswain’s Mate Launch and Recovery. She was responsible for the launch and recovery of Naval aircrafts as well as operating and maintaining launch and recovery equipment. From 2010 until her retirement in 2022, she was a Navy Career Counselor. Among the honors she received are the Military Outstanding Volunteer Service Medal and the Army Achievement Medal. While her active career serving America has reached its conclusion, she is proud of the work she had done for the majority of her life.

“Seeing the support and love at the ceremony was extremely rewarding. Just with that support, knowing I left the sailors in great hands, and knowing I’ve helped and supported them, I left on a great note and couldn’t feel any better.”

While Corbett’s active career has reached its finish line, she knows there are many more that are about to begin their own journeys, and she wants them to experience all of the blessings that came her way in her career. So, she has sound advice for all of the people that are about to take the same step that she took in 1998.

“Take advantage of every opportunity that the military has to offer. We have so many programs available to the servicemembers and their families, spouses,” she advocated. “The service is going to take 100% out of you. Get 110% back, capitalize on the benefits, and prepare for life after the service from Day 1.” 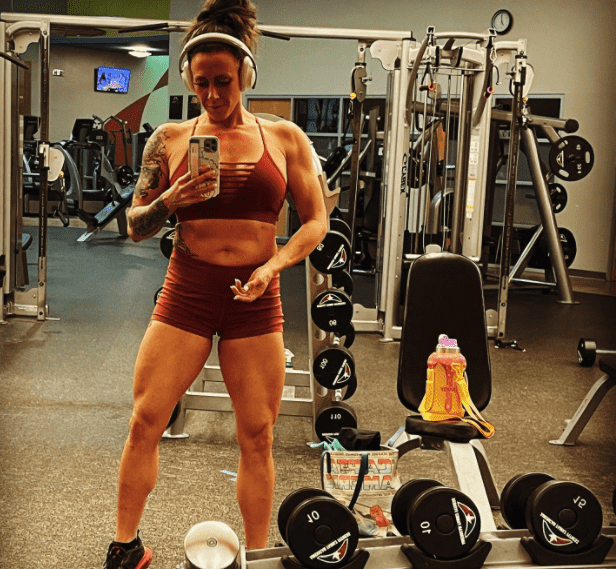 WHAT’S NEXT FOR TANYA CORBETT?

Corbett said that she will spend part of her time going forward working as a bartender, but she will also devote a lot of time and effort into another passion of hers – powerlifting. After picking up the strength sport while stationed in Arizona, Corbett has become well-acquainted with the platform.

“I started working with some great powerlifters in Phoenix, and seeing what the human body is capable of…I never thought I would be strong enough.”

Corbett has competed in the 132-pound and 148-pound raw with knee wrap divisions. That means she doesn’t use equipment such as a bench press shirt or squat suit. She said that she had dealt with medical issues over the last several years, but those days are now behind her. On Nov. 6, 2021, Corbett competed at the United States Powerlifting Association’s (USPA) Illinois Drug-Tested Championships in the 132-pound class, and she set three national records in the squat (248 pounds), the bench press (137.8 pounds), and the total (655.8 pounds). Her deadlift on that day wasn’t a record, but pulling 270 pounds at 132 pounds bodyweight is still impressive. One athlete that she is inspired by is professional powerlifter and IFBB Pro League Women’s Bodybuilder Hunter Henderson. While Corbett doesn’t have plans to take the stage herself, she does hope to reach the elite level of her sport like Henderson has, and she wants to compete in a powerlifting event that is traditionally held at the Olympia.

“I won’t stop until I get there,” she said emphatically. Based on the accomplishments she has reached already; her chances of success could be forecasted as very high.